The Peak District is a beautiful part of the world. I’m lucky enough to live nearby and when I’m not able to afford a trip overseas I’ve got fantastic scenery on my doorstep. Here’s a few snaps from the area around Derwent Reservoir. A ten mile circular walk, starting/finishing at Fairholmes Visitor Centre, where you can take a bus to Sheffield. 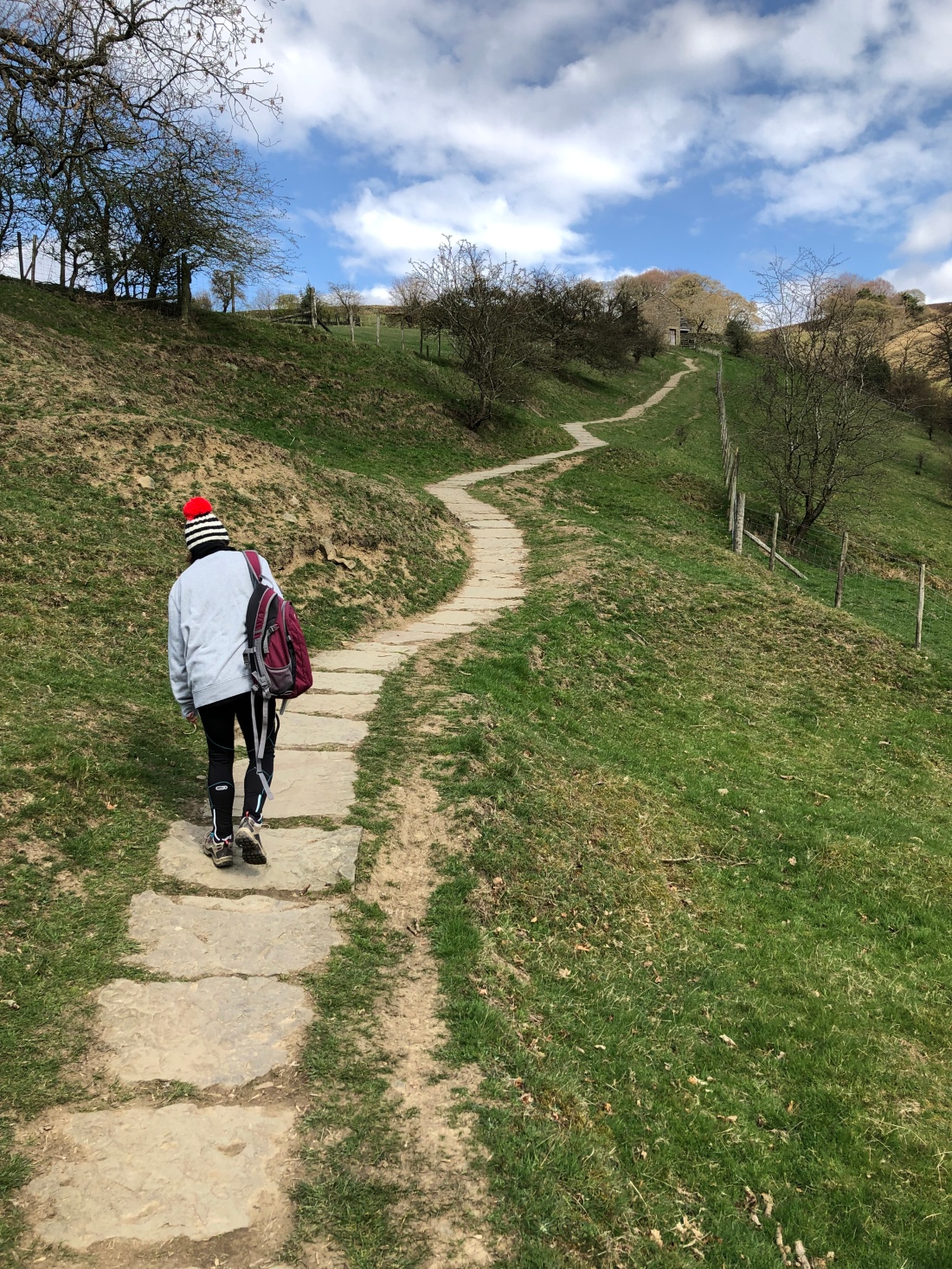 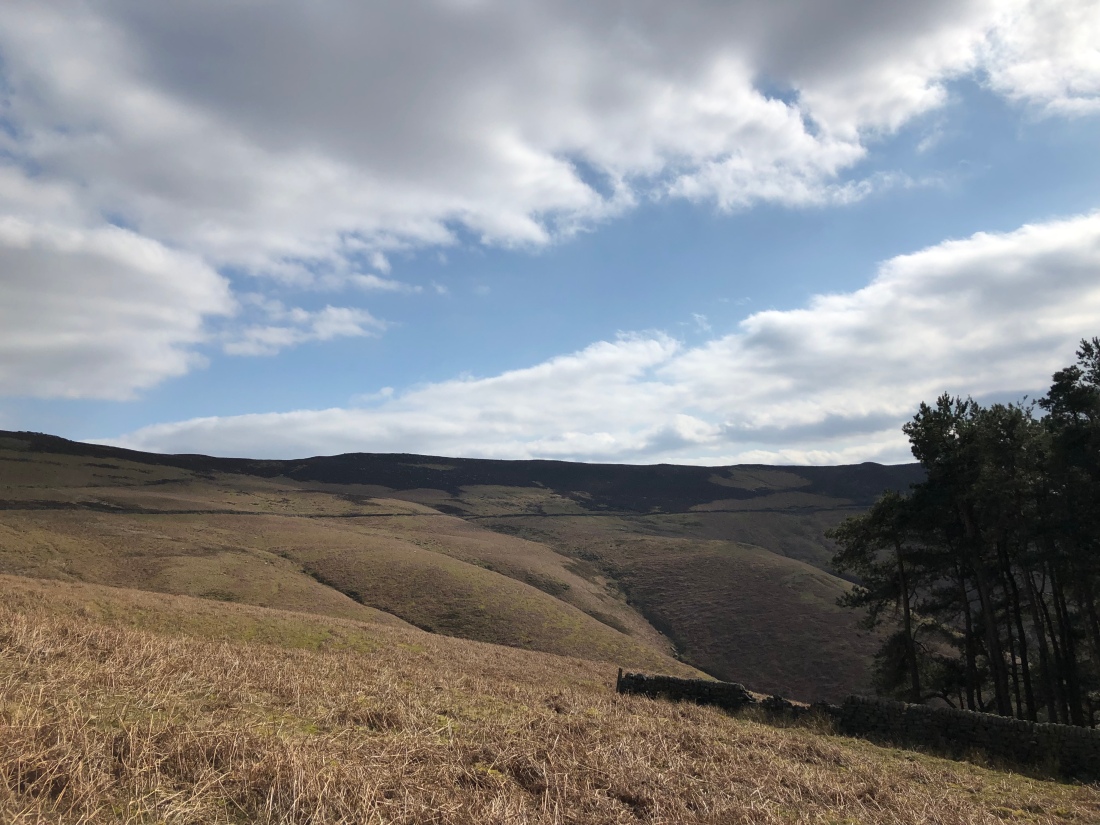 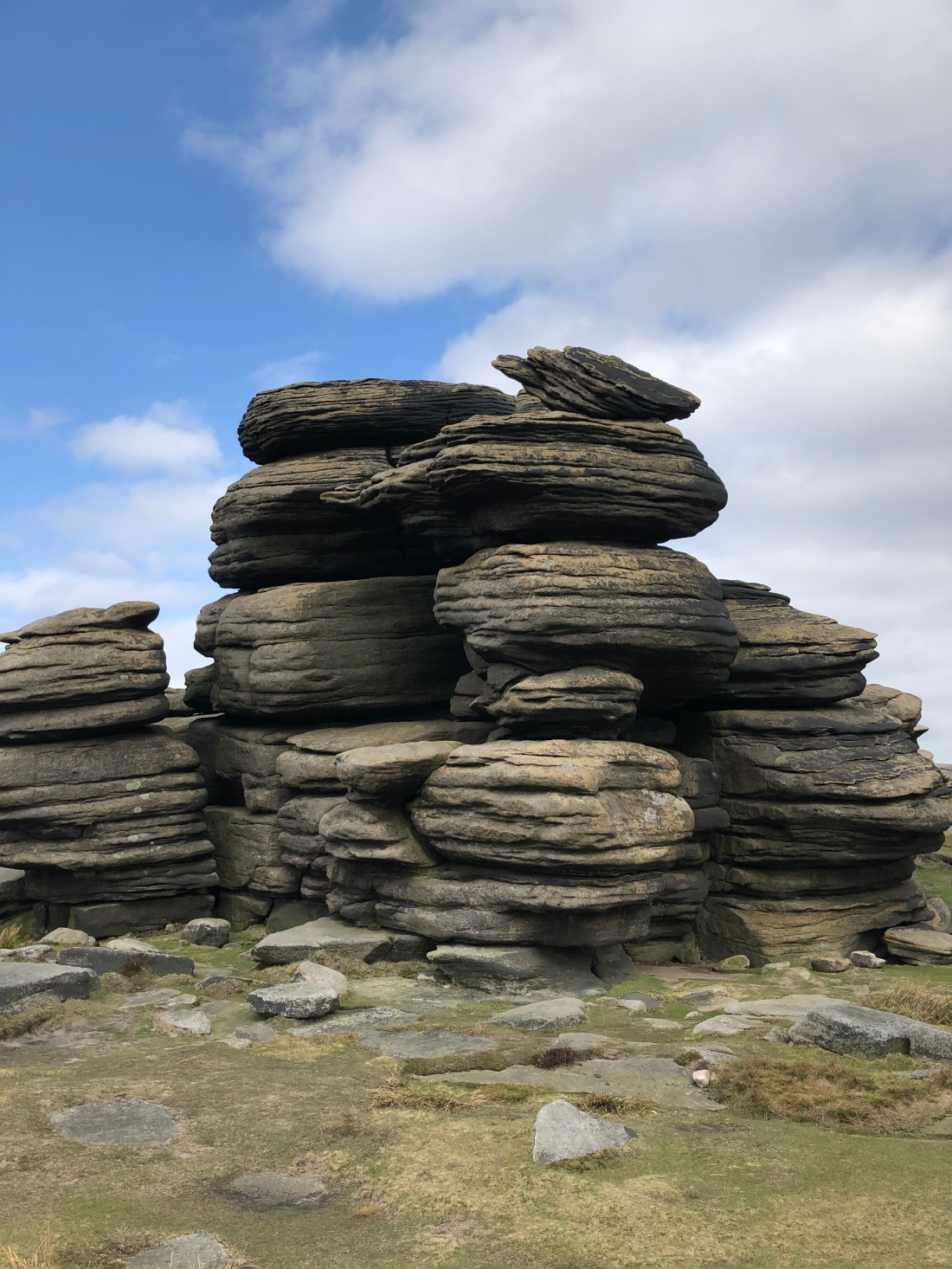 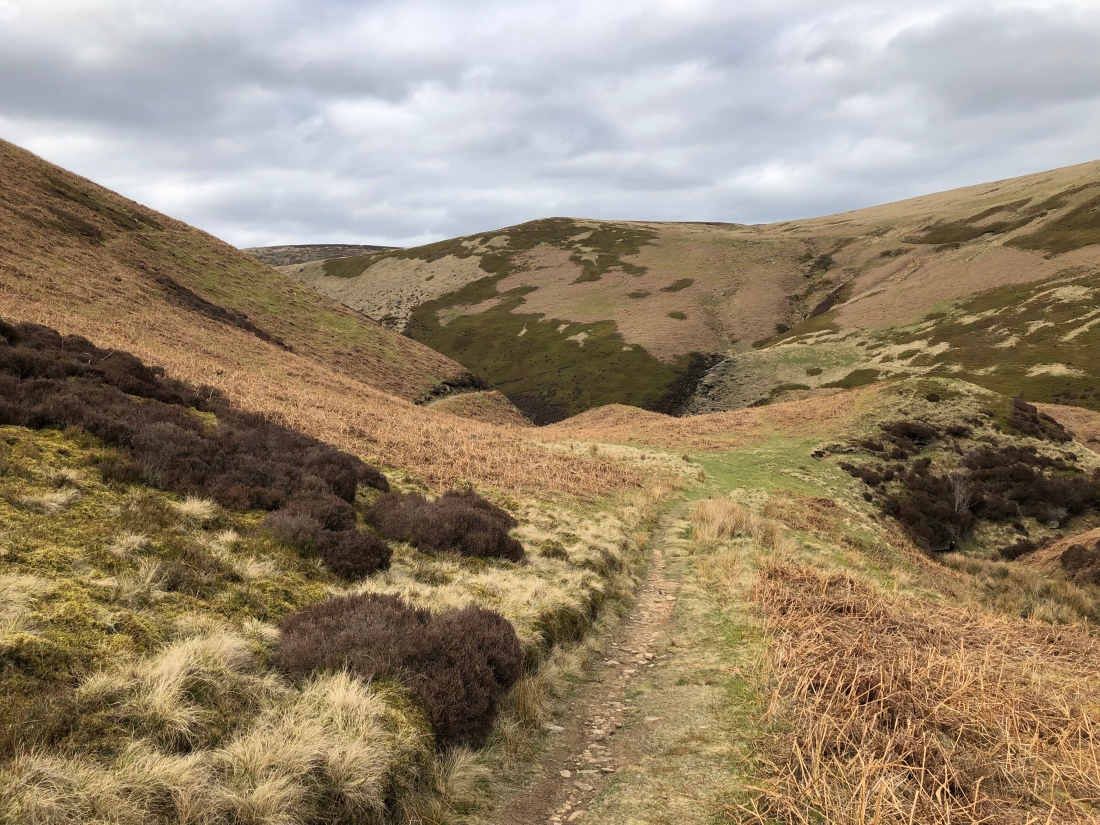 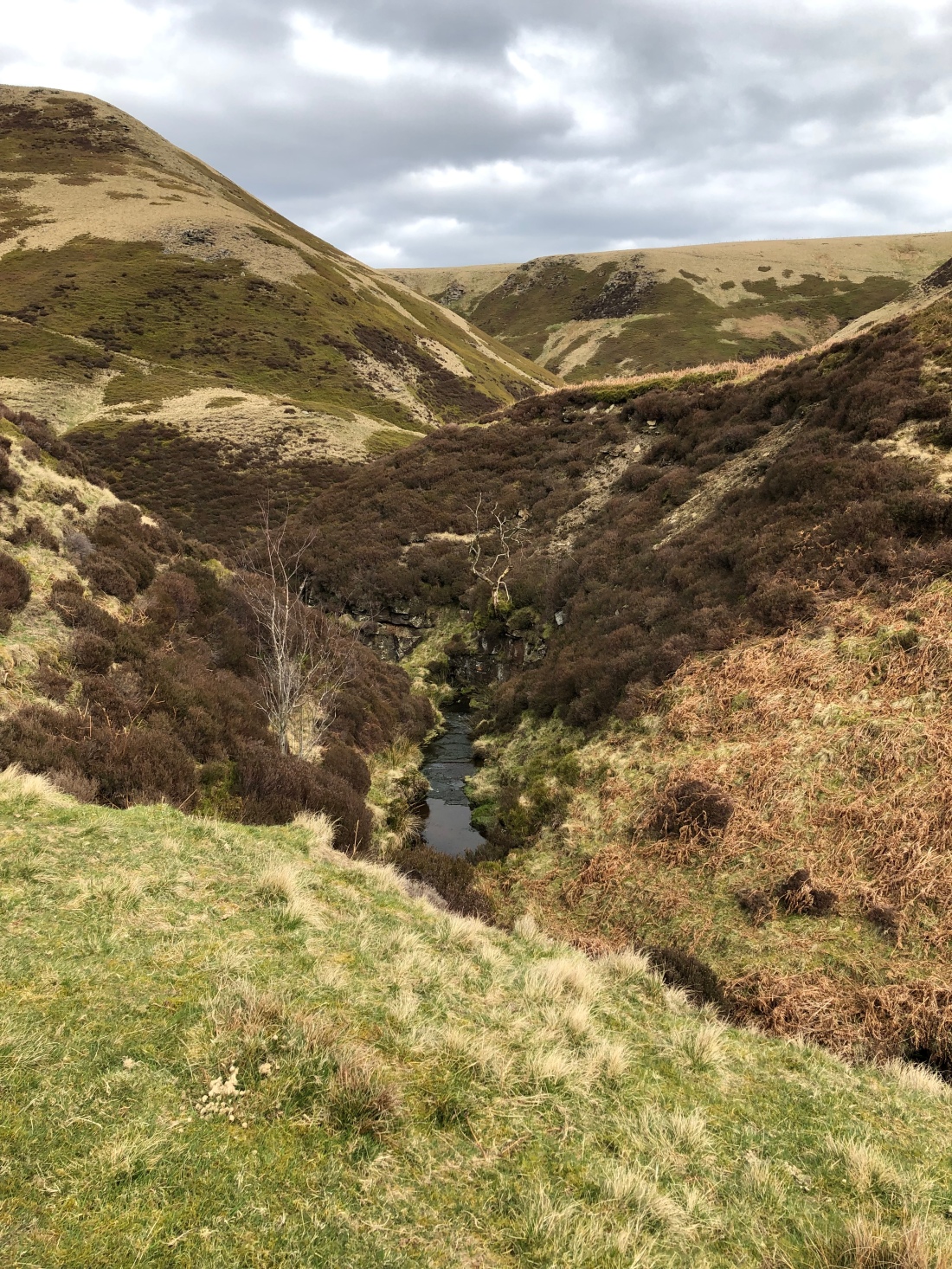 This is where you’ll fly to if you’re coming in and planning on staying on the eastern Ionian coast as I did. Otherwise you’d go to Palermo, for the other side of the island. No information about that yet, or the smaller islands to the north of mainland Sicily, but give it a few years and the temptation to return and see more of this place will be too much. The airport is small and is only located 7km from the city centre. I wouldn’t recommend the walk because of the traffic conditions, but did see some people doing at least part of it, so if you’ve got time and fortitude, and data on your phone or a decent print-out of a map, then why not? I got the bus from outside because it was late and it was delightfully cheap – it’s call the Alibus – and cost €4 for the fifteen minute trip into town – and you can get it back to the airport for the same price, from the same place.

I only spent a night and a day here, so not too many tips. It’s a big city for Sicily and there are numerous B&Bs and smaller hotels to suit budgets. Ours was called “Only for You” weirdly enough – and they charged €40 per night. Be warned, arriving later than 10pm got us a €20 charge. But the place was nice, and the woman who met us, a lovely older lady who spoke no English, (matching our inability in Italian), took us out to a hole-in-the-wall style arancini place. It was amazing – Arancineria Espresso Serafino on via Musumeci. We had two ragu arancini and two prawn and pistachio – came to €7 and we couldn’t finish them despite their mouth-watering savoury flavour.

In the daytime Catania struck me as a place that was just good to walk around for a while. There was the fish market, which if you’ve got your own apartment to cook in, would be fantastic, and was well worth a visit anyway. It’s free, after all. It’s near the cathedral which ostensibly costs money to get into but nobody charged me at any point – nice and cool in the burning city heat. There’s also a few cheap and easy bar/restaurants on the square which look a lot more pricy than they were – arancini and a beer was under €5.

On nearby via Etnea you’re treated to a great view up the hill of the volcano – the shops that line the street are all pretty pricy, but there’s a botanical garden/park which was a nice place to sit down, have lunch, or enjoy a stroll.

The trains in Sicily are good, and even better, they’re cheap. The hour and a half trip from Catania to Syracuse only ran me about €8 or so, and there are busses from outside the station that do the same journey, in similar time, for similar prices – so it’s really up to you. The trains are air-conditioned and clean, as well as being mostly empty – and the ticket machines are multi-lingual (as were the staff).

Now, the main draw of Syracuse is the smaller island of Ortygia, but that doesn’t mean you have to stay there. We stayed a fifteen minute walk away at Il Sogno sul Mare (check it on booking.com) – it was a little over €50 per night, but for what you got it was more than worth it. The terrace was big enough for a party for fifty guests, and the views are unobstructed to the sea. It was spectacular – worth the walk to Ortygia, worth the extra money, worth missing out on a few evening meals in town because you want to cook and stay at the apartment. If you don’t want this place, then I still recommend staying in the main town, rather than the touristy and, therefore, expensive smaller island.

Sights in Syracuse are harder to pin down, as they’re mostly what you can soak up from walking the streets of Ortygia. It’s small charming lanes get you lost and bring you out to squares with bands playing, restaurants, cathedrals and numerous gelaterias. The best thing to do is to walk, walk, walk. Stop for lunch. Walk some more. Stop for a drink. There are loads of places on the water-front, some are more expensive than others but most have a menu outside. Lots will provide a good spot from which you can jump straight into the water if you’re so inclined.

The pizzeria ‘Sicily’ on via Cavour is worth a visit – a bit more pricey than some of the pizza places, but the variety on offer is great. I had about seven different cheeses and pistachios for €11 but they also do more traditional pizzas for closer to €7. There are great little restaurants all around the main square too – they’re all pretty similar to each other, but the food was great and you can go into them whatever the time of day. They didn’t seem to close for the afternoon, as far as I could tell.

There’s a few beach spots. None of them spectacular sand that you might have pictured when you came to Sicily, but they’re all nice enough – clear water, not too busy. You can either opt for the pebble beach (as I did) on Lungomare d’Ortigia (called Spiaggia pubblica on Google maps) or take the short walk along the coast to a set of stone blocks that lead down into the sea. Both are free and both did the job. I’m reliably informed there is a beach a short bus-ride away, but for me the convenience of having the spiaggia pubblica so close to the rest of the town and its restaurants made that the easy choice.

If accommodation isn’t already booked, I would strongly recommend staying in Giardini Naxos, rather than Taormina, for a few reasons. The two towns share a train station and, as you’ll see when exiting the station, Taormina is up a very steep hill. A difficult 45 minute walk (you will be a sweaty mess if attempting this in summer), or a bus ride (albeit a cheap one) up a winding, vomit-inducing mountain road. Giardini, on the other hand, is five minutes on flat ground. The second reason is cost – the accommodation isn’t the only thing that’s cheaper in the Giardini, the restaurants and bars are too – by a long way. Menus that I looked at in both had similar dishes going for €8-10 in Giardini, and €15-20 in Taormina. Taormina is much more densely full of tourists as well, whereas in Giardini Naxos there is a nice even spread of non-Italians mixed in with people who just seem to work and live there. Finally, and perhaps most importantly, is the beach. Giardini Naxos has kilometres of beach that gets steadily nicer the further down you go, until you arrive at fine, golden sand. Whereas Taormina’s beach is at the bottom of the hill, accessible only by climbing or through a (not-free) cable car. If, like me, you wanted to spend a lot of time on the beach, then it’s an easy choice.

That’s not to say Taormina isn’t worth a visit. It’s a nice place to walk and has more interesting buildings than Giardini Naxos, as well as a plethora of souvenir shops if you’re after a fridge magnet. The restaurants aren’t too bad for a light lunch either. The two biggest tips for something to do in Taormina are the viewpoint and the Greek theatre. The latter is €10 to get in and worth a little walk around. It’s still hosting live performances too, so check online to see if anything’s showing while you’re there. The viewpoint is a spectacular view out over the ocean, from outside the chapel at the top of a thirty minute climb (it’s all pathways, but it is steep, so bring water in the summer) search google maps for Santuario Madonna della Rocca for easy directions up to the top.

Back down in Giardini Naxos, there are restaurants lining the seafront. Most of them are open for lunch and dinner, and many open all day. There’s a lot of similarities in their menus, but I presume that’s largely from having the same suppliers and competing with each other. The seafood was excellent in each one we tried, but for value alone I recommend Ristorante “La Conchiglia” and Ristorante Pizzeria Taverna Naxos – where a two-course meal for two people with local wine cost under €30. The mussels were twice as big as any I’d seen before. The best course of action is to see which restaurant is doing well and join in the party – the staff seemed friendly everywhere we went and some English was spoken, or if it wasn’t they weren’t too pushy with the incomprehensible questions!

The beaches are all good, but the further down you go the better the sand is. Up towards the Taormina end of town it’s all pebbles but down towards Lido di Naxos it’s golden sand. The private beaches range from €10-20 for two deck-chairs and an umbrella (and there are signs outside each one saying how much), and many of the beaches have restaurants or cafes on-site. You can opt for the free public beaches which are also good quality and fill the spaces in between the private ones – if you’ve got your own source of shade then this is the best option, as the umbrella is really the main draw of the private lidos.

Final, and most important tip: Sindona Gerardo on via Umberto. Try the Sicilian cannoli. Crispy, creamy, citrusy, and freshly prepared, these things come out with candied orange slices and pistachios. They’re big enough that you can have one each and be full, but for less than €2 each you might as well get more.

You can take the train up to Messina from Taormina-Giardini, and from there can make your way west towards Palermo, or upwards towards the islands. The trains are much more affordable than I remembered from my last trip to Italy, and it seems that if you book early you can get a deal. For those of you looking to get onto the mainland, trains run from the Syracuse – Messina line all the way up to Naples, Rome and Milan – they’re long trains and it’s probably cheaper to fly, but seems like it might be fun.